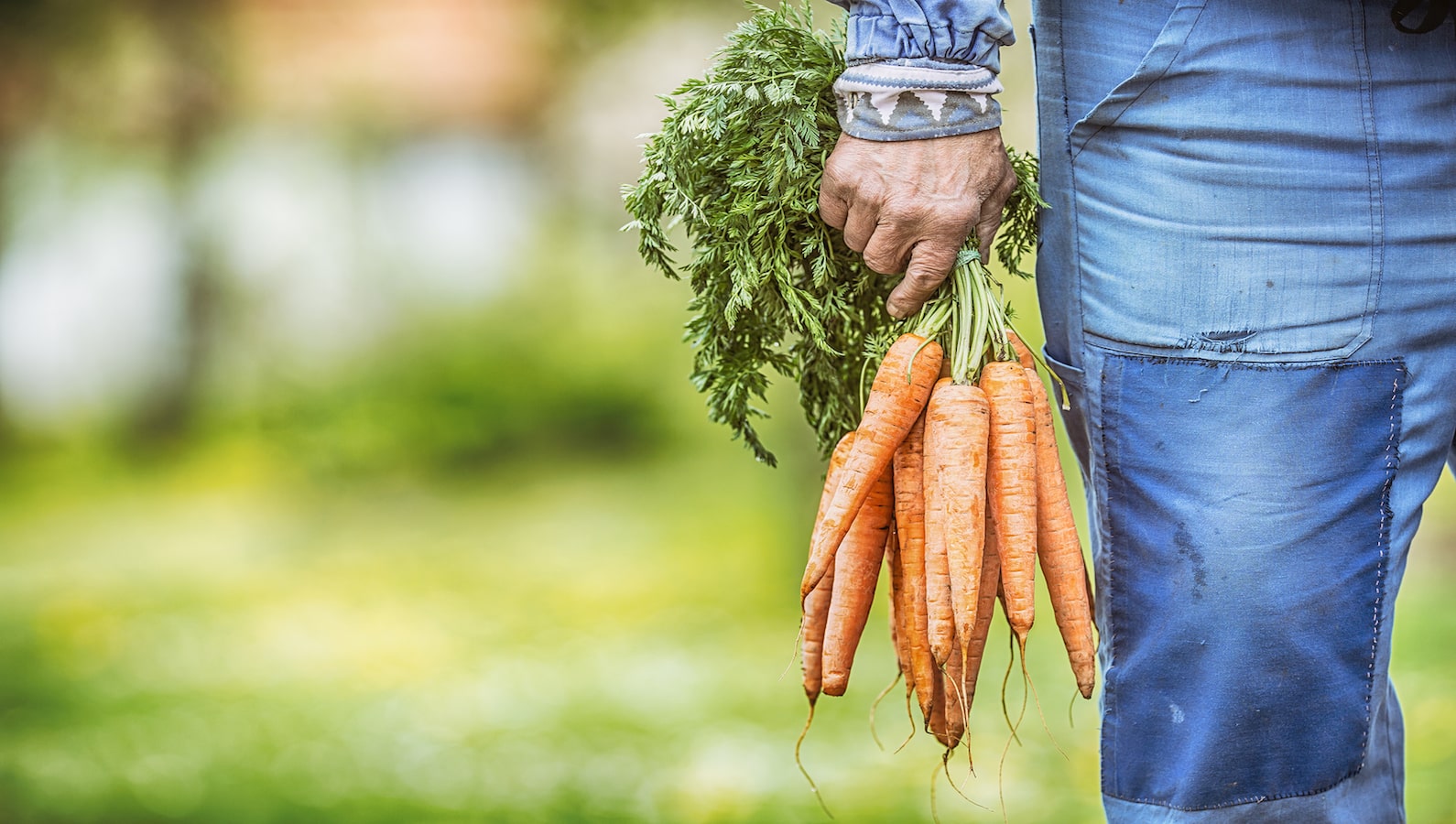 The government provides tax incentives for a whole host of things they deem important. There are incentives for getting married, starting a business, installing alternative energy sources, and so much more. So you know it’s a good bet that tax incentives exist for the basic needs as well.

We all know that the basic needs consist of food, clothing, and shelter. This article is about the latter, but let’s briefly touch on the first two. Unfortunately, the textile industry was largely outsourced decades ago due to an abundance of cheap labor overseas.

As for farming, we remain a world powerhouse. The US produces, distributes, and exports food all over the world. Of course there are a lot of tax incentives available to farmers, as the government wants to ensure an adequate supply of food.

Housing is another area that the government pays particularly close attention to. People have always needed a roof over their heads and they always will. And while the wealthy and affluent have choices, the middleclass are migrating more and more into apartments. As for the poor, housing is a real challenge.

In an effort to meet this challenge, the government started building public housing. These efforts were born out of the New Deal in the 1930’s. In the 1950’s and 1960’s the government ramped up their efforts before it all came to a screeching halt in the early 1970’s.

Ultimately, government public housing projects were an abject failure. They fell victim to the unintended consequences of building high-density, substandard properties in the poorest of neighborhoods.

As a result of this monumental failure, President Richard Nixon halted new construction of public housing projects in 1973.

Knowing that the government would no longer provide physical housing for the poor, Congress needed to create other ways to subsidize housing.

In 1974, Congress passed the Housing and Community Act, which created the Section 8 Housing program. Section 8 vouchers cover a significant amount of the monthly rent at any community that accepts them.

With subsidies in place for renters, Congress turned to the private sector for help. Instead of building massive monolithic housing of last resort, they switched tactics. Now they would use tax incentives to induce investors to do their work for them.

The Low-Income Housing Tax Credit was created in 1986. It gives private investors a tax credit to incentivize the creation of affordable rental housing. Its estimated that almost 3-million units have been placed in service under LIHTC between 1987 and 2015.

The complexities of this program are beyond the scope of this article. But in general, LIHTC subsidizes either 30% or 70% of the low-income unit costs in a project.

These credits can be used to construct new properties or renovate existing ones. The credit is claimed proportionally over 10-years in exchange for providing and maintaining affordable rental housing with below market rents.

The Tax Cuts and Jobs Act of 2017 created the opportunity zones program. The purpose of this program is to incentivize investment into underprivileged neighborhoods. The hope is that tax incentives will encourage investment that in turn creates revitalization of these economically distressed communities.

In order to be considered an opportunity zone, a census tract must meet certain criteria for poverty rates and depressed median incomes. Those that qualify can be nominated for consideration as an opportunity zone. Ultimately, the US Department of Treasury certified more than 8,700 tracts as opportunity zones.

Not only can they defer their capital gain, but also they can reduce that gain by 10% or 15% if they hold that investment for 5 or 7 years respectively. Additionally, those that hold their investment for at least 10-years have the potential for an even greater benefit. Those individuals can expect zero capital gains tax on the appreciation they realize within that opportunity zone fund.

Opportunity Zone funds can invest in real estate. Their options include new construction or substantial improvement of existing buildings. If it’s the latter, more money has to be injected into the building’s improvement than was paid to purchase it.

Typically, when a profitable investment is sold, there is a capital gains tax that is due. However, section 1031 of the Internal Revenue Code allows real estate investors to sell a property and exchange it for a like-kind property while deferring taxation.

This is a way in which real estate investors can trade-up to bigger and better properties over time without the drag of taxes.

This concept has been around in US tax law since the 1920’s. However, section 1031 didn’t get codified until 1954. In the past, the 1031 exchange could be used for more than just real estate. However, the enactment of the Tax Cuts and Jobs Act of 2017 has limited its scope to just real estate.

Having the ability to defer taxation upon liquidation is definitely an attractive tax incentive and wealth accelerator.

Depreciation is a powerful tax deferral strategy. In the simplest of terms, depreciation is the reduction in value of an asset over time. The IRS allows businesses to expense a whole host of depreciable items over their useful life.

However, it’s important to remember that not all assets go down in value.

Real estate is a prime example. Apartments have historically appreciated over time. Nevertheless, the IRS allows for depreciation.

This creates a phantom or paper expense that one can take against actual income for tax purposes. Depreciation is the reason why so many investors avoid paying taxes on their apartment income for years into their ownership.

Historically speaking, the IRS has designated the useful life of resident occupied real estate as 27.5 years. Expensing depreciation in equal amounts annually for 27.5 years is known as straight-line depreciation.

However, there are investors that can benefit from expensing their depreciation in a disproportional manner. They want to frontload the depreciation benefit. Doing so is called accelerated depreciation and it’s just another benefit that the IRS gives to apartment investors.

This is important because those components can be depreciated faster using a 5, 7, or 15-year timeline.

Bonus depreciation had historically been a tax incentive for new development. However, the Tax Cut and Jobs Act of 2017 changed that. Used properties now qualify for bonus depreciation as well. Any property purchased after September 27, 2017 can be eligible.

Bonus depreciation is a form of accelerated depreciation. However, instead of expensing that accelerated benefit over 5, 7, or 15-years, it can all be taken in the first year of ownership.

Consequently, bonus depreciation can create a massive windfall of paper losses that enables an investor to defer significant amounts of property yield and other unrelated passive activity gains.

A large portion of the Forbes 400 of wealthiest people hold real estate in their portfolio for passive income, equity growth, tax benefits, and the legacy transfer of wealth benefit.

That benefit allows transfer of one’s real estate on a stepped up basis. This means that a reappraisal happens on the day the owner dies. This reappraisal resets the basis to current market value.

This permanently eliminates all the capital gains tax and depreciation recapture tax. So their heirs inherit their properties with all of those taxes washed away.

As Douglas Hsiao put it in his Washington Post article, “Tax Benefits of Owning Rental Properties:”

“The paper gains and losses are all supposed to wash out in the end, when you sell the property. But even then, the taxman can be cheated – by dying.”

The multifamily lending space is flush with players. Two of the biggest are Freddie Mac and Fannie Mae. These government-sponsored enterprises (GSE) incentivize behavior they deem valuable.

One of the ways they do this is through their green loan programs. These programs offer better lending terms (not tax incentives) in exchange for enacting substantive water and electric savings measures.

By installing aerators, converting to low flow toilets, and or switching to LED lighting one can hit certain benchmarks. Agreeing to do that and then later accomplishing it can yield materially better lending terms. One can expect to receive lower interest rates, reduced fees, and additional loan proceeds.

Rightfully so, the US Government has long been concerned about housing for the middleclass and poor. They got out of the business of building low-income housing projects in 1973. Instead, they focus much of their policies around tax incentives for private investors to provide rental housing.

So whether it’s tax credits, capital gains reduction, depreciation, better lending terms, or some other benefit, there are numerous ways an investor can prosper from owning apartments. Do you own real estate in your portfolio? If so, what tax incentives are you benefitting from? If not, it just might be time to start considering investing in apartments.

How To Be Successful In Real Estate

Disclaimer! I am not a tax professional nor do I claim to…

Professional commercial real estate investors consider apartments their businesses, and that the…