America is Becoming a Nation of Renters 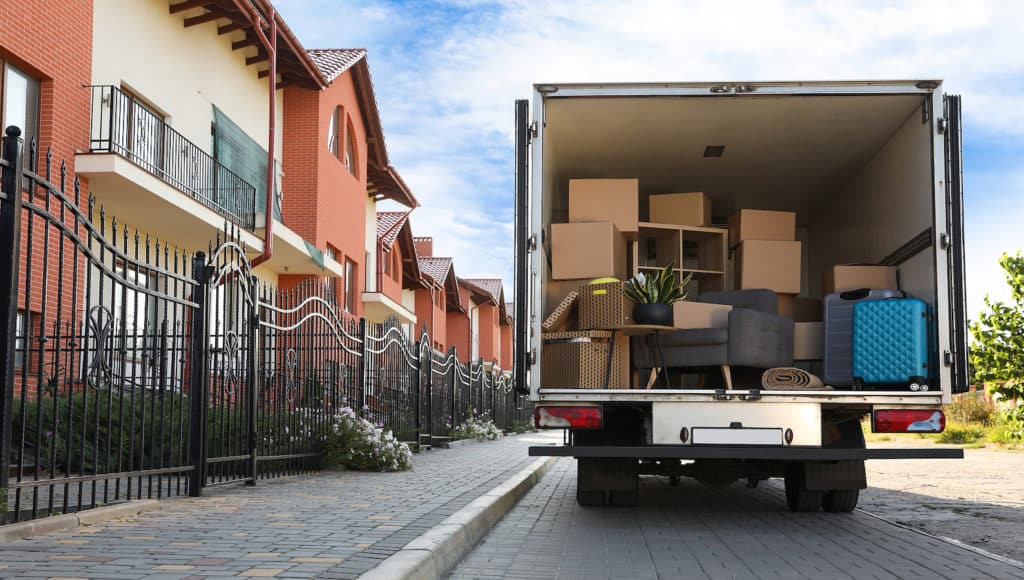 In 2021 Bloomberg published an opinion piece by economist Karl Smith entitled, “America Should Become a Nation of Renters.” It got my attention, as this discussion is more relevant today than it has ever been.

Whether we should or shouldn’t become a nation of renters is a philosophical question and I’m not much of a philosopher. The reality is that renter households are on the rise while homeownership is contracting. Simply put, more people are renting.

And this isn’t some anomaly either. It’s been going on for some time.

To best understand this, we should look at three different metrics and discuss several factors that will expand renter households well into the future.

When it comes to housing options, there are typically four possibilities:

Of these four, the vast majority of people either own their own home or rent. Consequently, these are the two groups we will focus on in this article. And to better understand them, let’s start with looking at the homeownership rate.

After World War II, the homeownership rate increased markedly over time until it settled at around 65%. And for decades, the U.S. was roughly a 65% owner, 35% renter nation 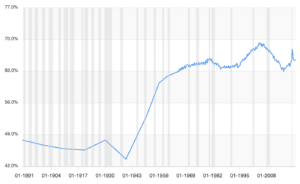 And then in the mid-1990’s questionable public policy was enacted that encouraged the expansion of homeownership. This was accomplished by eroding mortgage lending standards. Subprime lending took hold and by 2004, the homeownership rate peaked at nearly 70%. Basically, in those days if you had a pulse, you got a loan.

Millions of renters purchased homes that they would normally be unable to qualify for. Then the housing bubble burst, and led the United States economy into the great recession of 2007-2009.

Looking back, the residential real estate market was a house of cards. It was destined to come tumbling down. And for the next twelve years, it did. Year after year, homeownership declined. By 2016, the headlines in the press read like these:

But that was fleeting, as the homeownership rate is falling again. There is a myriad of reasons for this that we will discuss soon. But first, there are a couple of more metrics we should explore.

The housing affordability index is a metric generated by the National Association of Realtors. This metric considers both home prices and income data to calculate whether the average American can afford the average home.

The Case-Shiller Index measures the change in U.S. home values on a monthly basis. And as you can see from the graphic, home prices are up as they’ve never cost more than they do now.

Understanding The Conditions That Favor Renting

With home prices up and affordability down, it’s clear why the homeownership rate is declining. More people are renting. But, will it continue?

There are a whole host of economic headwinds that are contributing to the drop in homeownership and the rise of a nation of renters. And many experts are predicting that this trend will continue for many years to come. What follows are five reasons why the U.S. just might become a nation of renters.

1) The High Cost of Housing

As we saw earlier, the Case-Shiller Index is at an all-time high. There is no doubt that houses are expensive. But their rate of incline has also been steep.

The rise in housing costs has outpaced both household income growth and the rate of inflation. If you were stretching yourself to afford a house a year ago, today that house is well out of reach.

Another reason why home prices are so expensive is that they are hard to find. 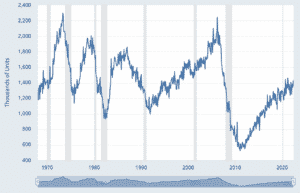 And this low supply of single-family homes is getting worse. Consider this 2022 Forbes article on the housing market:

It’s economics 101 and a lesson in supply and demand. When demand outpaces supply, prices go up. And as prices for homes go up, more people choose to rent.

The easy answer is to build more houses. But land, labor, goods, and gasoline costs are all up. Couple these increases in expenses with higher interest rates and a looming recession and new construction would appear to be very risky.

The average 30-year fixed interest rate in 2021 was 2.96%, one of the lowest mortgage rates in U.S. history. In June 2022, the Federal Reserve raised the fed funds rate by 75 basis points. It was the biggest rate increase since 1994. Interest rates grew in kind.

Currently, 30-year mortgage rates are almost 6%. And many economic forecasts predict that the Fed will continue to raise rates to fight inflation.

It will likely be years before we see low mortgage rates return. As interest rates rise, so do mortgage payments. The table below calculates the principal and interest payment for the U.S. median home of $428,700. As you can see higher interest rates are pushing many potential homeowners into apartments. 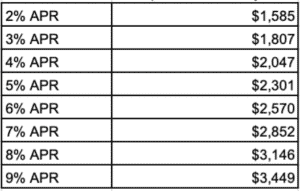 Inflation is up. In fact, it’s way up.

Gas prices hit an all-time high. Electricity is up 12%, airline fares 38%, and eggs are up more than 22%. Even the dinner you eat at your favorite restaurant costs significantly more today than it did a year ago.

Inflation is at a 41-year high and we consumers are paying more for everything. Our discretionary funds are drying up and we’re all having to make tough choices as to where we put our dollars.

When it comes to buying a house, financial advisors have suggested two rules of thumb.

Renting allows people to spend less money on housing so they have more money to buy other necessities that cost more due to inflation.

Nonmortgage debt is an albatross hanging around the necks of many Americans. With significant debt, it is not feasible for most renters to save for a down payment on a house. And as a nation, we collectively, carry nearly $800 billion in credit card debt. And if that wasn’t bad enough, we have an additional $1.75 trillion in student loan debt.

Unlike mortgage debt, much of this debt is carried with high-interest terms. So if you carry a balance forward each month, the interest you pay is material. And if your rate floats, our current interest rate environment will make it more difficult to pay off that debt.

America Should Become a Nation of Renters

Whether you believe America should become a nation of renters or not, the reality is that we’re heading that way. Homeownership isn’t going away, but its decline is likely to continue for many years to come.

Interest rates are rising and Federal Reserve Chairman Jerome Powell has committed to continue to raise them until inflation begins to normalize. Home prices are high, supply is low, affordability has tanked and existing debt is all keeping people from owning homes.

Spiking inflation is taxing all of our budgets and making it hard to make ends meet.

Homeownership is out of reach for so many people. So it’s not surprising to see rentorship rates increasing. This escalation of renter households isn’t likely to moderate anytime soon. In fact, The Urban Institute authored a research report in 2021 on this very subject. It’s entitled, “The Future of Headship and Homeownership.”

In it, they conclude that:

“The homeownership rate will continue to drop for most age groups through 2040.”

“The pace of renter growth will be more than double the pace of homeownership growth from 2020 to 2040.”

No matter how you feel about it, it’s happening. The rental market is growing and we are becoming a nation of renters. And we’re early into this long-term trend. Ultimately, there is a huge demand for apartments and it’s only going to increase.

Are you getting in front of this rental housing demand? Have you positioned yourself to profit from the growing rental nation?