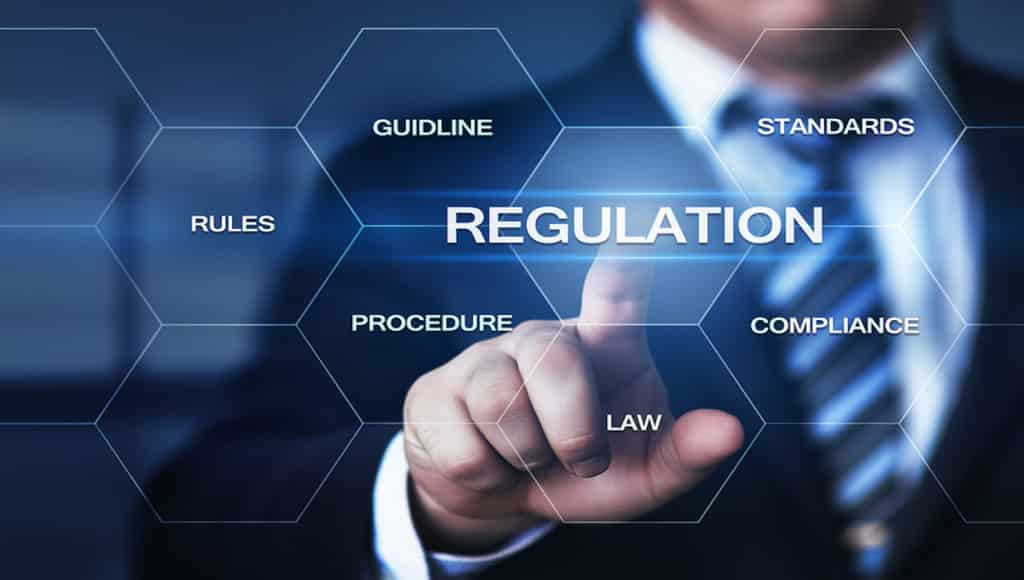 If you’re an accredited investor interested in private placements, then you should get comfortable with and have an understanding of Regulation D of the securities code.

Now if you’re like most people, brushing up on securities law makes for a better sleep aid than Ambien. However, regulation D is really not that complex. Let’s just start with what Reg D is.

The exemptions that make up the private market can be found in:

This article will focus primarily on Regulation D as it accounts for the majority of capital raised in the private market.

Reg D was put into effect in 1982. Its purpose was to allow small and medium-sized companies to raise capital without bearing the red tape and expense involved in filing and reporting.

Knowing that small businesses are the lifeblood of our economy, the regulators wanted a streamlined, universal process that maintained consumer protections. It’s important to remember that unregistered status does not exempt companies from securities law (both state and federal), civil liability, or SEC scrutiny.

Even with an exemption, companies are required to file a form D with the SEC and may have various reporting requirements with the states. 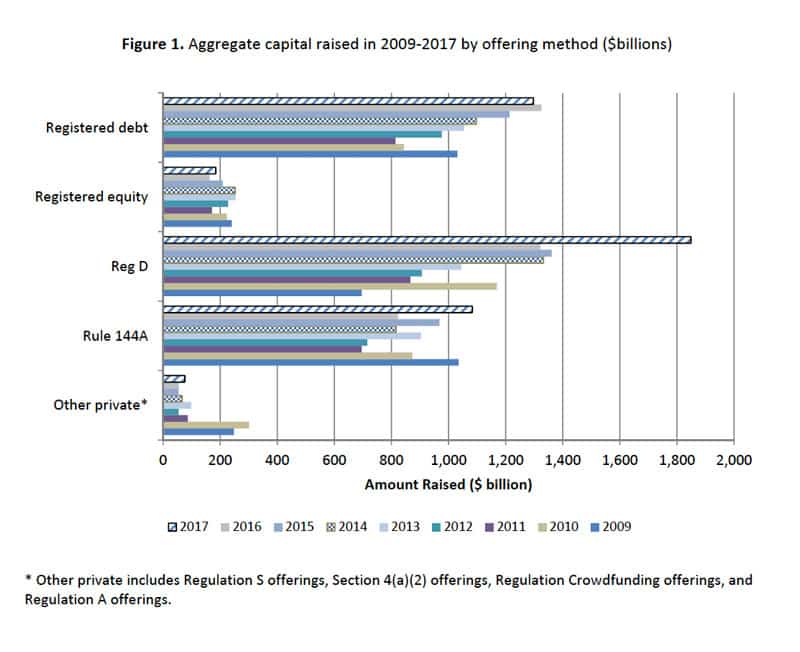 According to the SEC, there were 37,785 Reg D offerings in 2017 accounting for more than $1.8 trillion in new capital raised.

Reg D is made up of just nine rules. The first is Rule 500 which describes several general principles and guidelines on the use of Regulation D. It helps one understand who can and cannot utilize this exemption.

To be considered an accredited investor, an individual must meet at least one of the following standards:

There are a couple of additional standards that apply to entities that we won’t cover in this article. It’s important to remember that any one of these standards will qualify you as an accredited investor.

Rule 502 establishes the framework within which all Reg D offerings must operate. It has four key components:

Integration is a complex part of securities law that was born out of the desire to prevent companies from gaming the system. They didn’t want companies to separate a single non-exempt offering into multiple exempt ones.

To avoid integration in circumstances in which separate offerings have legitimate purposes, there are safe harbor exceptions to the integration rule.

The second component is disclosures. Non-accredited investors must receive proper disclosures pertaining to the financial information of the company and to the risks of the investment. While technically not required for accredited investors, it’s good practice to provide the same to those individuals as well.

The ban on general solicitation for private placements has been an important regulation under Rule 502. In general, that means that these offerings cannot be advertised or marketed. Historically, companies could only offer their investments to those they have an existing relationship with.

All Regulation D offerings are restricted securities. That means there are restrictions on their resale. Once purchased, investors will typically be subject to one-year minimum holding periods.

Companies offering securities under Regulation D are required by Rule 503 to file a notice with the SEC. That notice is called a Form D.

Rule 507 of Regulation D establishes disqualification from exemption for those who fail to comply with Rule 503 by not filing a Form D.

Typically, a company that fails to comply with a condition, rule, term, or requirement of Regulation D would lose its exemption from registration. However, insignificant compliance deviations would not result in loss of exemption. Rule 508 describes what constitutes an insignificant deviation.

Of the nine rules within Regulation D, the above six are administrative. The other three (Rules 504, 505, and 506) are the actual exemptions. Rules 504 and 505 govern offerings of no more than $5 million. But, Rule 505 has been rescinded and is no longer available. It’s presented here for historical perspective. Its four key components were:

Historically speaking, Rule 504 of Regulation D maxed out at $1 million in raised capital. Rule 505 capped out at $5 million. Rule 506 exemptions were for those that wanted to raise higher amounts. The SEC decided to raise the limit on Rule 504 exemptions to $5 million in 2016. That increase along with more flexible conditions made Rule 505 obsolete.

The $5 million annual restriction on Rule 504 limits its utility to mostly small offerings from small companies. Therefore, most offerings utilize the fact that an unlimited amount of capital can be raised under Rule 506. 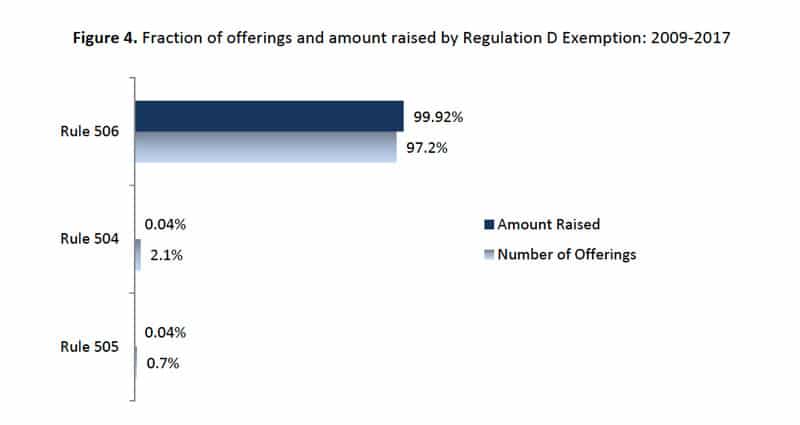 Rule 506(b) requirements include:

To invest in a Regulation D, Rule 506(c) offering, an investor must be accredited without exception. But, 506(b) offerings can take up to 35 non-accredited investors. These “sophisticated” investors should have prior knowledge and or experience with the investment type.

The thinking behind this is that even though they don’t have the income or net worth to qualify as an accredited investor, they do have the experience and or expertise to evaluate the offering.

Exemptions under 506(b) allow companies to rely on the investor’s word as to their accreditation status. 506(c) regulations do not allow this. Instead, companies must make a good faith effort to confirm the investor’s status.

That means the sponsor will need to see tax returns, brokerage account balances, bank statements, or some other means that confirms that the investor is in fact an accredited investor.

In exchange for these additional requirements, Rule 506(c) lifts the ban on solicitation. That means that marketing and advertisement to investors that don’t have a preexisting relationship with the company is allowable.

For 80 years, companies offering unregistered securities couldn’t advertise their investment. In fact, they had to have a preexisting relationship with their investors either directly or by introduction.

As you can imagine, this made raising capital very difficult. Typically companies had to start small with their founder’s money, friend, and family money.

Success would bring repeat investors and word of mouth would bring in new investment dollars. Growth could be slow going. Lack of success could kill their ability to raise money. In many ways it was like natural selection; only the strong survived and thrived.

But, the Jumpstart Our Business Startup Act (JOBS) changed all that. It was passed in 2012 in an attempt to boost a struggling economy. To do so, the JOBS Act lifted the ban on general solicitation.

In essence, they deregulated our industry. In this deregulatory environment, crowdfunding real estate grew exponentially, but so did the risk to investors.

A comprehensive discussion of those risks is beyond this article, but you can check out my thoughts on the subject in this article.

And unfortunately, some of those concerns have turned out to be well-founded. The article below is just one of an accumulating number of examples.

Educated investors make better investment decisions so even if securities law doesn’t tickle your fancy, you should at least have a cursory knowledge of Regulation D. After all, more than a trillion dollars of investment capital passes into Reg D offerings every year. It’s that common.

The good news is that it’s really not that hard.

Only nine rules make up Regulation D. Six are administrative while the other three (504, 505, and 506) are the actual exemptions. Up to 35 nonaccredited “sophisticated” investors can participate under Rule 506(b). Nevertheless, Reg D offerings are primarily for accredited investors.

While individual investors don’t need to worry about this, companies should never tackle Regulation D compliance on their own. Having a competent securities attorney on the team is a must.

We’re not attorneys and we don’t give legal advice. However, we’ve operated within the Reg D space for years now. If you have any questions about Regulation D, private securities, or investing in commercial multifamily real estate, don’t hesitate to reach out. We’re here to help.

As multifamily real estate experts, we keep a close eye on housing,…